As a kid, I always considered Orko to be a child as well. It was only later that I realized there were more variants of the family concept tied in the vintage line.

Let’s start with Orko. Orko is obviously the kid within that giant MotU family. He cracks jokes and tests out his boundaries all the time. He is also the character that develops story lines. Especially in the Filmation cartoon he “helps” to get things up and exciting in several episodes. :-). Interestingly enough, Orko was introduced via the Filmation series first and then introduced into the toy line (if you have an Orko at hand right now, just lift him up and you will notice the “Filmation” trademark right underneath.) Other than that, Orko’s action figure feature was spinning and twisting all over the place (see my video if you want to relive that magic!). Something a kid would do.

I always considered Orko to be some kind of a child adopted by Queen Marlena and King Randor. That would make Prince Adam/He-Man Orko’s step brother (I know that he would not literally be a ‘step’ nor a ‘half’ brother; I just liked the term/the idea. If you would rather think of Orko and He-Man as ‘brothers’: fine by me ;-)). It’s an odd couple, but one that works and worked real nice for me. 🙂

If Orko is the kid, Queen Marlena and King Randor are mom and dad. To Prince Adam/He-Man and Orko (being the adopted kid), to be precisely. That fact is pointed out several times in the Filmation cartoon but also comes out clearly in the toy line itself as “Prince”and “King ” are specified in the toy line naming (however there was no Marlena figure unfortunately).

That Teela is Man-at-Arms’ step-daughter (same with the ‘step’ here as before with Orko ;-)) is only depicted in the Filmation cartoon if I recollect correctly, not in the toy line itself. I liked to consider Man-at-Arms as a father figure because that would make him a somewhat experienced character; see also my blog post on the concept of age if you are interested in that subject).

As with the Man-at-Arms/Teela, that daughther-mother-relationship was also depicted only in the Filmation cartoon if I remember correctly. That was revealed in the “Secret of the Sword” animated movie. I like the mystery aspect of that relationshop.  It would make Teela much more of an interesting character, being the heiress of the Grayskull’s guardian. However, not much of this concept was made. No special power for Teela at that point. I was a little disappointed about that.

What does a family need to be complete? Right: a pet. Cringer aka Battle Cat is just that to Prince Adam/He-Man, Orko and the rest of the royal family. The fact that Cringer is that lazy domesticated animal was also brought up by the Filmation series.

Overall this repeating Filmation influence in creating “family aspects” in the line shows how important that influence was in establishing an emotional basis for kids. I think that helped a lot to relate to the characters.

If I forgot a “family member” in the line, you are very welcome to add she or him in the comment section below. 🙂

… and many more. Check out the MotU section on my blog!

Featuring many fan-based videos from the MotU vintage line (e.g. The many versions of Skeletor, Top Ten action features and many more).

5 thoughts on “FAMILY ON ETERNIA: The concept of family in the Masters of the Universe vintage line” 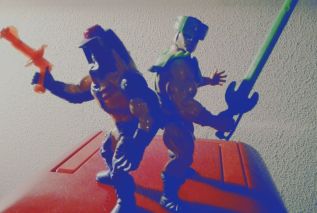 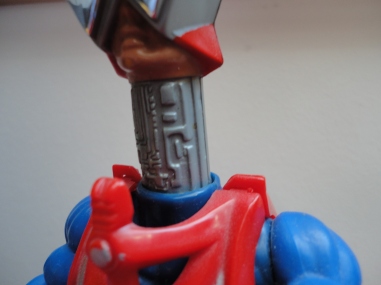 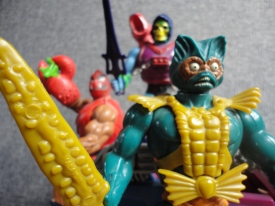 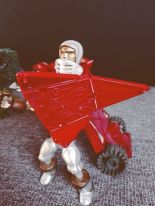