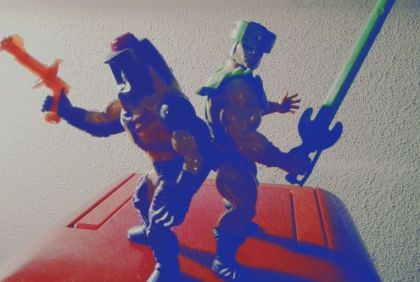 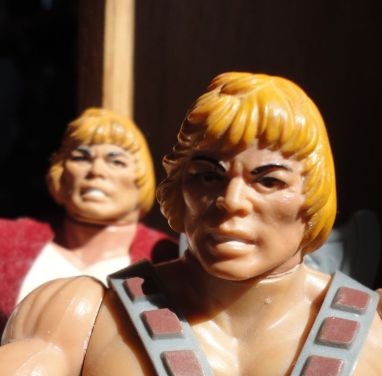 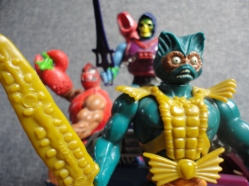 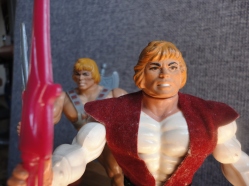 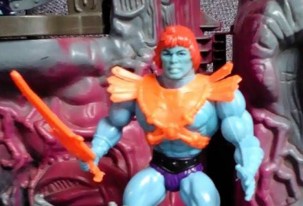 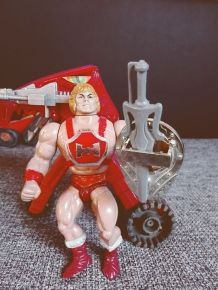 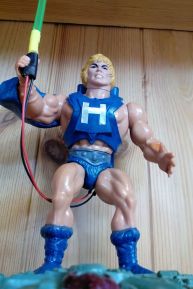 A cyborg (short for “cybernetic organism”) is a being with both organic and biomechatronic body parts. (…) it applies to an organism that has restored function or enhanced abilities due to the integration of some artificial component or technology that relies on some sort of feedback.

This is what Wikipedia has to say about cyborgs. When I wrote my Roboto piece in my blog, I became aware of the fact that the MotU vintage line uses a lot of the cyborg concept. Here are my TOP 5 MotU cyborg characters (Please note that I am not talking about the way characters were depicted in literature or the animated series, I am talking about the way the figures were visibly designed as cyborg characters).

If you look at a character based on bees, you would expect it to be not fully human. But a cyborg on top? Have you ever looked closely at this wings? There are wires, mechanical parts in them. They are the cybernetic part of him that makes him the ultimate flying fighter machine. I so like the idea of Buzz Off being a cyborg and that that hint is kind of “hidden” within the figure. 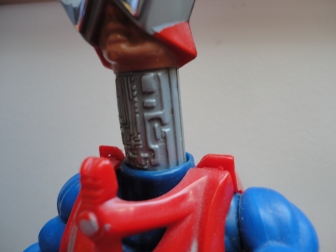 I think everybody has played with Mekaneck as he was an early figure in the line. The extended neck is an awesome feature. Not only does his name (Meka-neck = mechanical neck) give a hint at  the fact that he is a cyborg, the clear design of the neck carrying many wires and mechanical parts make that clear. Mekaneck is on my list because he looks so normal without his neck extended. Once he does extend it, he looks so techy. I like that a lot. 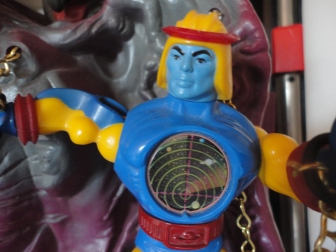 The radar system on Sy-Klone’s chest seemed out-of-the-world to me as a kid. How could any living being bear such a mechanism? So to me he always was some kind of robot – I did not know the term cyborg back then. Next to that, the bright-blueish coloring of his face always always made me think of him as being a half-human. 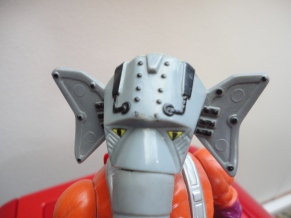 Besides the fact that Snout is actually a great and inventive character, he is a cyborg. Just take a look at that wiring and mechanics on his elephant head. It is just awesome that the toy creators would be so imaginative to blend a human, animal and cyborg concept. You just need to love that concept! 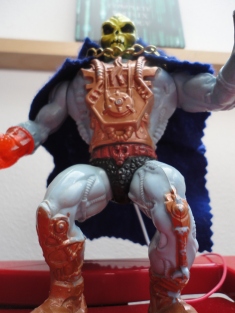 The electrified version of Skeletor is such an interesting figure – and this is not only to the fact that he is quite hard to come by. Also, if you look closely at him, he is all-wired: cables, wires and tubes run through his body. If you take a look at the photos, you will also see that there are cables running through his head – a hint that Skeletor’s consciousness is now operated or has been taken over by a computer system? A thrilling concept if you ask me…

Did I forget a “cyborg”?
What’s your favourite?
You are very welcome to share  your thoughts and insights in the comment section below.

Other MotU posts on my blog: