Wind Raider, Attack Track, Dragon Walker, Spydor – there are so many cool MotU vintage vehicles that were produced in the line. But the coolest of all to me is Bashasaurus.

Awesome because the vehicles were equally elaborate when it comes to creativity, colors, features etc. Just think about the idea of crossing animals with mechanics as was done many many times: Dragon Walker (dragon), Fright Fighter (dragonfly), Talon fighter (bird of prey), Land Shark (shark, obviously) etc.

Expensive because here in Germany, vehicles were not cheap to get (if the stores would even had them with their limited storage capacities): You would have to pay 3-4 times the amount of a regular figure. I looked up some of my old catalogues and in 1986, you would pay 49 DM (Deutsche Mark) for a Land Shark and 13,90 DM for a Battle Armor He-Man. So costs were definitely a factor. I always calculated that it would be more of an advantage for me if I bought three new figures instead of saving for a vehicle. 😉 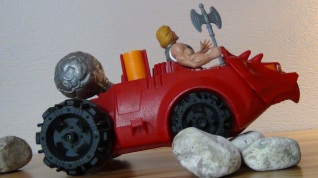 But Bashasaurus was to cool a vehicle not to get – so I got it. Mine is stamped “Mexico 1985” and it is pure awesomeness! With this red-colored stury plastic body, that broad black wheels, the removable cockpit that would allow your figure to get in – and the ultimate highlight: the club mechanism. The mechanism would allow to smash anything in Bashasaurus way just by pushing a button. It was great fun to build dozens of figures just to have Bashasaurus attack them and smash them one by one with his giant club.

Also Bashasaurus attributed to the fact that most of my fellow friends at that time were also crazy about dinosaurs (which later might have triggered Mattel to extend the toyline with dinosaur elements). I think the dinosaur head sculpt and the gruesome eyes are very well done. It’s not only sticker-applied design.

So I think Bashasaurus is the coolest vehicle! What’s your take on this? Please let me and other reads know by sharing your thoughts in the comment section below. Also make sure to check out my Bashasaurus-in-action YouTube video below.

14 thoughts on “Bashasaurus: Coolest of all MotU Vehicles” 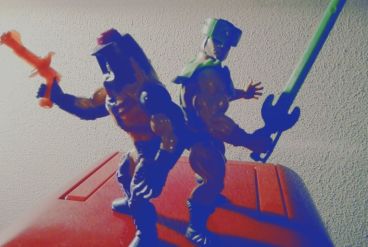 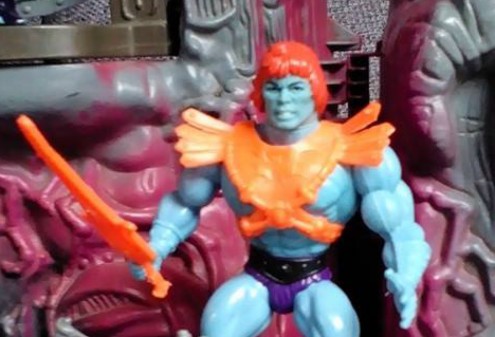 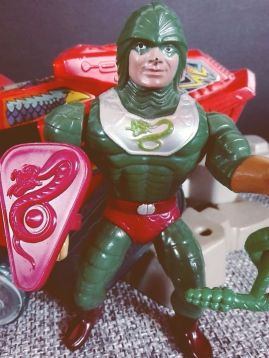 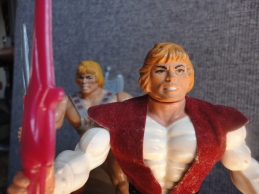 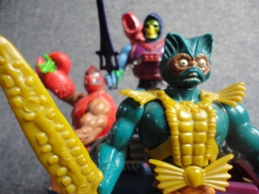